I’ve been thinking of doing this post for quite some time but haven’t had the chance. So here we go.  A fun little post about some firsts in my life and the music that goes with it! 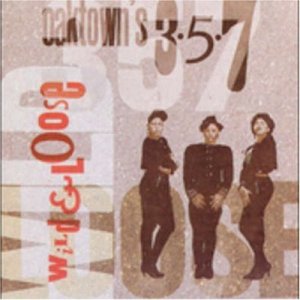 My first tape ever was Oaktown 3-5-7’s Wild and Loose in 1989.  Even though “Yeah Yeah Yeah” was the first video (one of the first that got me in trouble for wanting (and asking) to wear sports bras and biking shorts), below is my fave song on that album, Juicy Gotcha Crazy (despite the fact that I didn’t have a clue what “juicy” was! lol).  B Angie B was my girl!!  And my cousins used to love getting me to do all the dances in this video (and I mean every step haha) and many many more after school. I so wanted to be a teenager in this era.

My first CD was 112’s self-titled album in 1996. My first high school boyfriend gave that to me.  I can still sing every song, complete with adlibs, on this album from start to finish.  Here are a few lyrics from one of my fave songs on there. I may have to record myself singing so I can post a youtube link, lol. 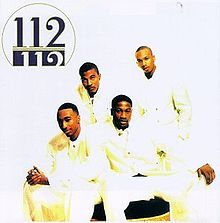 All the love you’ve given me
So special, seems to be no limit
I’ll do anything
There’s no boundaries to how we can grow
How can I let you know
Girl, let me sit and think, ohhhh

The first time I went to a dance at someone’s school was the 1998 prom at Murrah High School.  And boy, was that drama filled.  No, like, really drama filled.  I only got to dance to one song, and here it is.

In college, I was really reserved, probably primarily because I was the youngest one there.  I only went to maybe 2 parties freshman year. Really, it totally could have been 1.  Then I pledged.  And although I was still a little shy, especially compared to my line sisters and prophytes, I loosened up a lil and became a regular party-goer and a major party-walker.  In GA, all the AKAs start strolling when Set It Off comes on. But at home, the AKAs take over when Pump The Party comes on (well, really any song, but especially this one). This is the first song I learned a strut–THE Gamma O strut–to. 🙂

Speaking of college, again when I was a freshman, I was a bookworm and pretty much either in class, at work, tutoring someone, or goofing around on my hall in the dorm.  So alot of people outside of those things didn’t even necessarily know my name.  Just that I was the smart 16-yr old girl.  So to step out just a smidge, I decided to participate in the Freshman Showcase.  Ever the tomboy, I put on a fitting dress and sang a duet with a very outgoing freshman that EVERYONE knew could sing, Tyrone, who also played piano.  Now, the people on my hall knew I could sing, but that’s it. So when I stepped out and got the mic, I heard a few whispers of “oh Lawd, this girl better know how to sing.” I’m sure I surprised some folks. 🙂  Here’s the song we sang–the first song I ever sang in front of an audience at Tougaloo.

So speaking of singing in public, in high school I was in a singing group called G99.  We used to sing all the time, at school, at church programs, even competed once to go to Showtime at the Apollo but we were duped into entering the wrong contest (kids instead of adults) so we got beat out by some 5 yr old playing drums that got the crowd to say awwwww. I used to love love love singing with those girls, Faith and my bestie Kenya.  Our most requested song was Kirk Franklin’s My Life is in Your Hands, but here’s a song I really liked singing with them, and I’m pretty sure it’s the first song we sang together, even if just testing out the waters with our voices.

I could do this all day, but this one will be my last first.  When I was at church while I was at home helping my mom, a member came over after service to tell me that no matter how old I get she will always remember me singing this song when I was growing up, that she’s never heard another version that moves her like when I sang it.  It’s the song I sang in my first pageant.  And I bring that up because both of my mentees have participated in pageants and did really well.  I really enjoy pageants and what they contribute to the self-esteem of girls.  I know it did for me. I was in 10th grade when I did my first pageant, and I was soooooooooooooo nervous and so wondering if I even should since I wasn’t all that girly back then.  Here’s the song I sang.

Hope you enjoyed this post!  And I hope you’ll be checking back in to read the posts about the first Reads and Reels discussions in 2011.  Atlanta and Jackson had a great time, and Chicago is sure to have a blast this Sunday!!