So, at lunch, I decided to take a trek on MARTA to support a friend (Black Tie BBQ – check them out for delish food!!), and as fate would have it, I’d have a lightbulb moment randomly.  Which makes sense.  I live by randomness, it seems.

Anywho, on to the lesson.  Currently, I’m reading Blackgammon, which is the story of two black American women who are searching for love (or maybe running from it) and freedom in Europe. The book has been right on time, so naturally, I was really into it when it was time for me to change trains at Five Points.  As I stood on the platform waiting for a westbound train, enthralled by my book, I heard the whir of a train pass me.  I looked up and saw the lights of the train leaving me.  Oh no! I thought…  I have to wait 6 whole minutes for the next train.  Sheesh!  Me and this dangblasted book.  How in the world did I completely not hear the train when it arrived?  (Another reason is because it was a short train–the Bankhead train, which is about half the size of a normal MARTA train and I was too far down on the platform.) 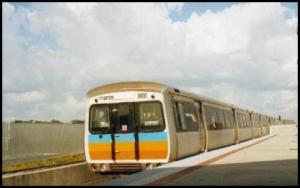 So I moved closer to the center of the platform and took a seat and began reading again, careful to glance up every minute or so at the sign announcing the wait time for the next train.  The next train came. Something felt very wrong about it as I stood there missing another train.  Then it dawned on me!  I wasn’t supposed to catch that train–it’s going in the wrong direction!  I was supposed to be waiting on the eastbound train!!  Too hot (and lazy) to run, I took my time and went around the station to get to the eastbound platform.  And sure enough, when I got to the platform, a train came.  Right on time.

In life, sometimes things seem to be going right and then suddenly, something happens to derail all of it and you’re left wondering “How in the world did that happen?”  Or sometimes although things are great, you come to a unexpected juncture, and you think you’re going the right way, but then you realize that way has a barbed wire fence blocking it.  Maybe, just maybe, it’s there for a reason. Maybe that missed out opportunity wasn’t what you were supposed to be doing anyway.  Maybe it would have taken you in the wrong direction, on to the wrong path.  Maybe once you realize that and go to where you need to be, what you need will be there, waiting on you–always right on time.

Disappointments come.  They’re a part of life.  But the perspective surrounding those disappointments can be positive if you remember that everything happens for a reason and the way they’re supposed to.  You just need to be aware and open for some clarity and enlightenment.

There’s a reason for everything that comes and goes…

7 thoughts on “Life Lessons on MARTA”